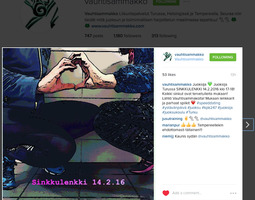 Years after the attacks, legal disputes over the costs of illnesses related to the attacks were still in the court system. From Oslo, the line climbs gently through forests, plateaus and ski centres to the beautifully desolate Hardangervidda Plateau, home to Norway's largest herd of wild reindeer and numerous hiking trails. There are also Gaelic Handball, hockey and athletics stadia, most notably Morton Stadium in Santry, which held the athletics events of the 2003 Special Olympics. Archived from the original on June 30, 2016.

Bibliography "Chapter.1: 'We Have Some Planes Inside the Four Flights" (PDF). During Sami Week in early February, Tromsø's main street is the scene of the national reindeer sledge championship. "Cheney Gave Order to Shoot Down Jets". Archived from the original on September 24, 2006. Most hikers head out onto the trail under their own steam, but even those who plan on joining an organised hike will usually need to bring their own equipment, including appropriate wind- and waterproof gear and hiking boots. "Blogger bares Rumsfeld's post 9/11 orders". "National Commission on Terrorist Attacks Upon the United States". 349 September 11 victim families, 352 members of congress 353 354 and the Saudi Arabian government are still seeking release of the documents. Magdalenefjord, Svalbard Quite simply one of the most beautiful places on earth and worth the considerable effort to reach.

Gamle Strynefjellsvegen Among the loveliest drives in western Norway. "Creating a Place Like No Other". Retrieved "Richest cities in the world by personal earnings in 2009". But the Sami culture, transcending the frontiers of Norway, Sweden and Finland, lives on and is increasingly accessible to visitors, especially in Karasjok and Kautokeino; in the former, the Sami Parliament is a masterpiece of traditional design in mellow wood. 41 Later, in 1953, the boundaries were again extended by the Local Government Provisional Order Confirmation Act. "Celebrations and hard work begin after capital lands science 'Olympics' for 2012".